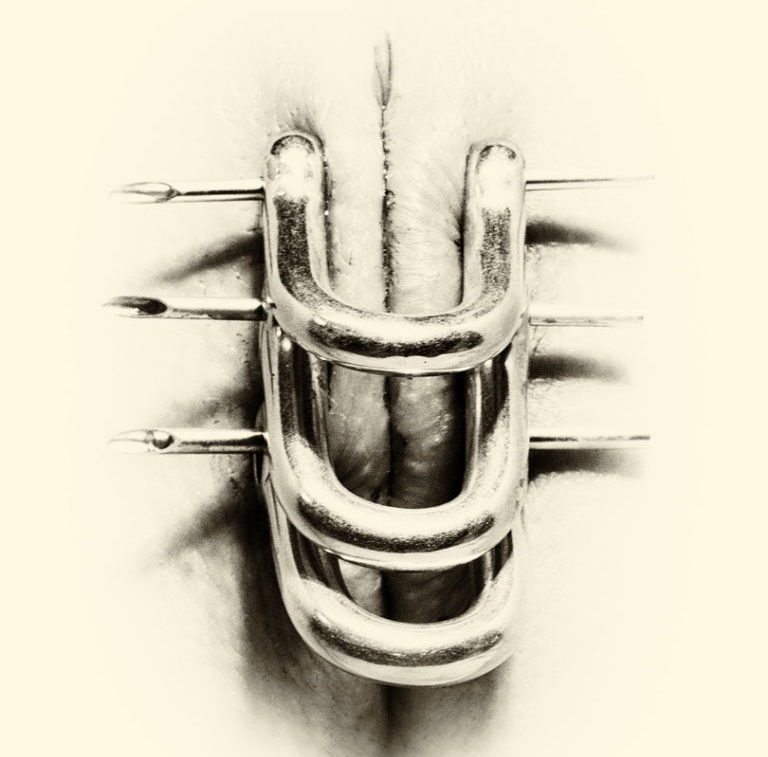 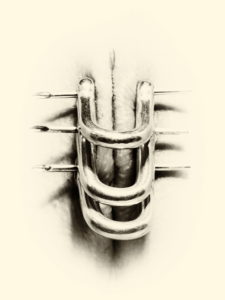 Model #6 inclines to pain but still I wont´t call herself a masochist. She has close relation to needles and body modification, so I chose american piercing 2,4mm needles for piercing her outer labia and then I pulled on them steel U-straps which I ususally use for weight attaching during playpiercing sessions. Work with this needles is quite uncommon for me and I was not able to pierce them absolutely paralelly and first I was not satisfied with this work. When I saw photography I left all my doubts behind, this is one of my favorites.

Why I joined this? It was the next modiciation level to try for me- after hook suspension and different play piercing shows with needles and wires at my back or at my neck. During one show I had a little hook inside my pubic area and pulled at this hook. It was great feeling for me, so when I heard about this project I was in, even I know that puncturing labia will be more difficult than puncturing the pubic area. I see the whole Hidden Pleasures project as a combination of art, pleasure and adrenalin sport.

I was looking forward to the photoshoot and was scared as well at the same time. I felt a respect for it too, as I feel every time with new modification I undergo.

If people around me knew? Well, my boyfriend and some of my friends have the interest in world of body modification too. They know about me being part of this and they are fine with that of course. My brother is OK with hook suspension, have seen some shows and pictures, but I didn’t tell him about this „pussyproject“, I think he would consider is as too much. I would’t tell my parents or the rest of the family either- even we have a really nice relationship. I know it would make them sick. I know they would consider it a self harming issue. They didn’t force me to eat smoked beef tongue too, because they knew it would make me sick. And back to the self harming- I sort scars from memories. From memories how the scars were created. I have wonderful memories of creating scars from modifications- good show, rituals, art, pleasure, adrenalin sport, fun. So I don’t consider them as an act of self harming. 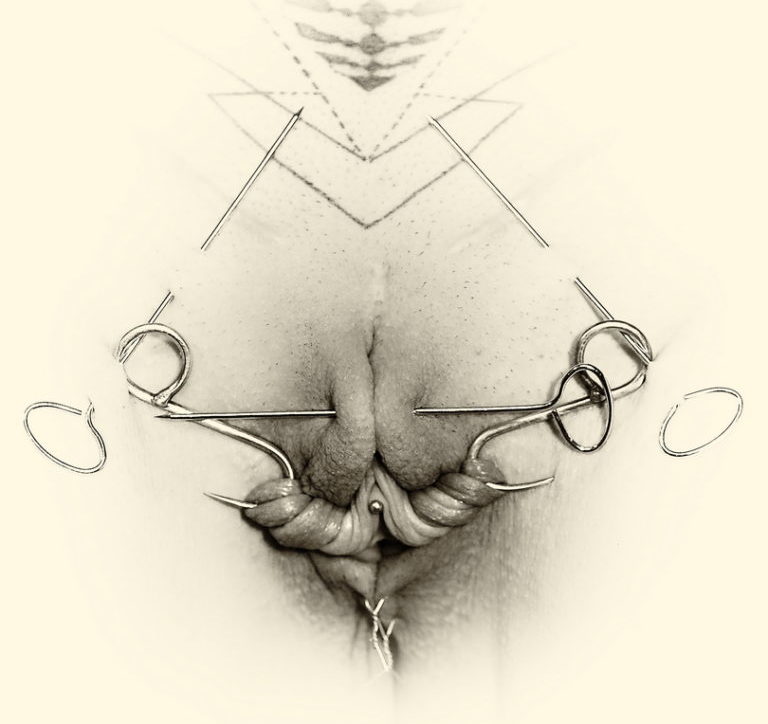 We use cookies on our site to help us deliver best service, personalize ads, and analyze traffic. By using the site, you agree. Accept